In this new era where most activities have moved to the digital level, most companies have come with even more convenient ways to easily transfer funds online.

While most of these companies facilitate money transfers nationwide, others on the other hand, allow users to do international money transfers through their easy-to-use apps.

Most of these companies have noticed a significant growth over the years thanks to their convenient services; — for instance, one of the best international money transfer apps, PayPal, noticed an increase in active users in the second quarter of 2022, growing to approximately 429 million users according to Statistica.

This shows how people trust and use PayPal for managing their finances online — it is a faster, safer way to send and receive money or make an online payment as claimed by PayPal on its official page.

However, your choice on an international money transfer app might vary depending on from a tight budget or want to send a huge amount of money without incurring significant charges to other features you'd prefer to use with the option you choose.

To help you out, we've compiled the best international money transfer apps based on popularity, cost-effectiveness, availability and convenience for money transfers.

An app should be considered one of the best international money transfer apps if it allows you to send money to many countries, handles multiple currencies, and has affordable transfer and conversion rates.

With all that said, the best international money transfer apps are as follows:

With over 429 million active users, PayPal is without a doubt one of the best international money transfer apps, allowing users to send and receive money from and from everywhere in the world.

As of this writing, PayPal is available in over 200 countries/regions and accepts 25 currencies.

PayPal is perfect for both individuals and businesses searching for a simple way to accept customer payments.

To get started with PayPal, simply go to the PayPal website, select which account you want to create (personal or business), and create your account within minutes.

Sending money using PayPal is simple and only requires a few button clicks.

Remitly, which was founded in 2011, is likely one of the best apps for sending money worldwide. It allows international money transfers to more than 100 locations from the United States and 16 other countries, largely from the developed world.

Because of his experiences with international money transfers while working for Barclays in Kenya, app co-founder Matt Oppenheimer prioritized incorporating minor African nations such as Cote d'Ivoire and Liberia.

It also offers cash pickup and delivery based on the destination country's accessibility. The platform provides extensive coverage for mobile wallets and the majority of major banks.

Over three days in mid-July 2021, Remitly's foreign currency rates to convert US dollars were, on average, 2% lower than the real-time rates on CNBC's dashboard.

This indicates that, as compared to exchange markets, the app provides somewhat less value per dollar spent.

If one dollar in these marketplaces was worth $743 Chilean pesos, Remitly would only make an offer of $729.30.

Transfer fees at Remitly are normally less than 5% of the transferred amount, however they can vary based on the currency and whether you use a card (Economy) or your bank account (Express).

Your choice of transfer method will also influence how long it takes for your money to get at its destination; it could take minutes or up to one business day.

Wise, which was originally known as TransferWise and has been in operation since 2010, now has approximately 10 million customers worldwide.

You can use the platform to send money abroad to over 80 nations, many of which are in Eastern Europe, from the United States and the United Kingdom.

If you're regularly monitoring foreign exchange markets, the ability to store multiple currencies in the app's digital wallet and convert them to US dollars or vice versa whenever it's most convenient for you is a valuable tool.

Wise also produces local account numbers, allowing you to send and receive payments in ten different currencies as if they were local transactions.

Wise has excellent coverage and allows you to send money to practically any bank, but it does not offer cash pickup, utility bill payments, or mobile wallets.

However, the platform compensates for its lack of services with foreign currency rates.

Wise consistently provided the most value per US dollar when we analyzed five other currencies. On CNBC's dashboard, for example, Wise showed us the same price if $1 was $5.26 in Brazilian reals.

Wise's fees are normally less than 5%, and they reduce as you move more money.

Finally, as with Remitly, the time it takes for your money to reach in the recipient country can vary between minutes and three working days.

WorldRemit is one of the best international money transfer apps, allowing you to send money from the United States and 49 other countries to over 130 destinations.

Despite the fact that cash pickup is an option, WorldRemit does not support as many large banks as the other applications on our list.

As a result, if $1 equaled $20 Mexican pesos, the app would deliver a quote of $19.70 pesos, making it the second-best option among these best international money transfer applications.

OFX is another international money transfer service that only allow you send large sums of money.

You can send money transfers of $1,000 or more to 195 countries using the OFX app. You can also open an OFX account, track transfers, view historical and real-time exchange rates, and set rate alerts with the app.

For the majority of currencies, OFX does not impose any limits on the amount you can send. Some governments will set a maximum value for their currencies.

Even though transactions are free, OFX charges a tiny profit on currency exchange rates.

The more you send, the better the value of OFX.

For lower quantities, their exchange rates and taxes make them more expensive than other suppliers.

Xoom was released in 2001, and PayPal purchased the company in 2015. At the time, it had over a million users globally.

If you use PayPal, this may be a suitable alternative for you because the app is now part of a broader infrastructure that serves over 250 million people.

Using Xoom to send money abroad from the United States, the United Kingdom, and 32 European markets, you may reach 60 countries, including tiny island nations like the Seychelles and Dominica.

Check the list to determine if the recipient's financial institution is listed because bank coverage is limited and varies depending on the country you are sending money to.

Because Xoom makes money through currency conversion, its exchange rates are the most expensive on this list. When using five different currencies, Xoom's rates delivered the least value per US dollar of any of these international money transfer apps.

Even while exchange rates are not Xoom's strong strength, it excels in costs. They are usually fixed regardless of the amount sent and range from $1 to $5 for $100 payments in four different currencies.

In fact, transfers of more than $100 done in currencies such as the Mexican peso or the Philippine peso may be free of charge.

If you need your money immediately, Xoom may not be the ideal option; depending on the delivery method, the platform can take up to two business days to pay your bills.

The cheapest international money transfer apps are ones that allow you to send money to countries all over the world at competitive rates.

The cheapest apps to send money internationally include;

Are International Money Transfer Apps and Services Safe to Use?

However, it is critical to understand that if you transfer money to the wrong individual, you may not receive it back.

International money transfer firms may not be able to help you recover misdirected payments.

It is never a smart idea to send money to people you don't know.

How Long Does It Take to Internationally Transfer Money With an App?

Keep your needs and time limits in mind while choosing the best international money transfer app.

This article compiles the best international money transfer apps that will let you transfer money to any country.

Keep in mind that while most of them will let you transfer money to any country in the world, some of them might only let you send money to only a few countries and currencies.

If you're on a tight budget, consider an option that does not charge much fees for their money transfer services e.g., Wise. 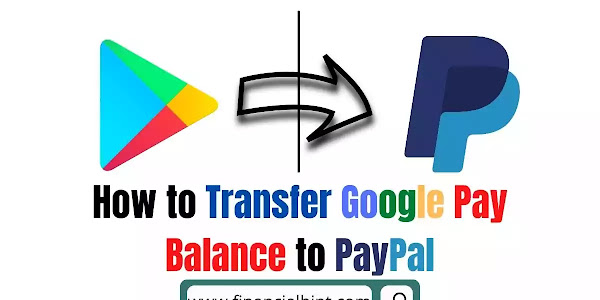 Transferring your Google Play credit to PayPal is a convenient way to turn your google play balance into cash . Once you have money in your …

How To Transfer Google Play Balance To Bank Account

How To Transfer Visa Gift Card Balance To PayPal

How To Transfer Visa Gift Card To Bank Account

How To Get Money Off A Virtual Visa Card

AdBlock Detected!
We have detected that you are using adblocking plugin in your browser.
The revenue we earn by the advertisements is used to manage this website, we request you to whitelist our website in your adblocking plugin.
Site is Blocked
Sorry! This site is not available in your country.